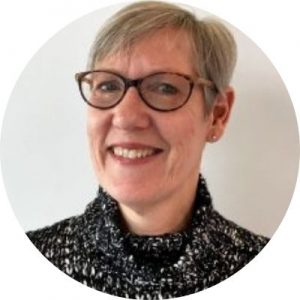 Letting Go and moving on

Everything I know about foxes and fox holes, I learned from children’s author Roald Dahl.  His book Fantastic Mr. Fox is favourite in our house.  So when I read the line in this morning’s scripture reading that says “foxes have holes and birds of the air have nests but the Son of Man has nowhere to lay his head” I naturally found myself thinking about Mr. Fox and the insight he might have to offer us this morning.

If you have read the story Fantastic Mr. Fox or seen the Academy award winning animated short film based on the book, you will know that the story begins when three mean farmers Boggis, Bunce and Bean grow tired of Mr. Fox stealing from them.  After shooting off his tail in a failed attempt to finish him off, they decide they start digging up the hill where Mr. Fox and his family lived. But the more the farmers dig up the hill, the more Mr. Fox digs deeper and deeper underground to keep himself and his family safe.  He digs in and becomes deeply entrenched.  In order to survive, he finds new ways to steal even more food from the farmers. He justifies the thefts because the longer the standoff between him and the farmers carries on the weaker his wife becomes from fear and hunger.  His entrenchment eventually puts his life, the life of his family and his marriage at risk and along the way he ends up endangering the lives of many other animals on the hill.

As I was reflecting this week on Jesus words about how unlike a fox, he has nowhere to lay his head, I couldn’t help but wonder if this passage is trying to say something to us about the way we can become entrenched in our lives, the way we can dig in and become intransigent. I found myself wondering how when that happens, when we are driven by our need for safety and survival, or by our attachment to our habits, routines and material possessions, we risk losing the life we were intended to live. We jeopardize a life that is flourishing and abundant for others.

This morning’s gospel reading is full of movement. The passage begins with Jesus setting his face to go to Jerusalem.  He sends messengers ahead of him who enter a village and when they are not received they move along to another village. As they are going along the road, one of them commits themselves to following Jesus wherever he goes. Another, on being invited to follow Jesus has someplace else he has to go. He has to go bury his father. Still another asks to go home and say goodbye before he takes to the road with Jesus.

It’s clear from today’s reading that there is something about being a follower of Jesus that has to do with moving on, instead of digging in, letting go instead of becoming overly attached and going forward instead of staying entrenched all because Jesus is on a mission to heal and save the world, to share good news and his invitation is for us to be on a mission with him.

A few years ago I was on a retreat in which the facilitator asked us to look back on our younger years, one decade at a time. We were invited to consider who we were in each of those decades, what we continued to carry with us, what we had let go of and what we had left behind that we wanted to reclaim.  When I looked back at my twenties what struck me was how adventurous I was.  I wondered what happened to me.  As near as I can tell, what happened to me was that I grew older.  I took a responsible job.  I found a partner, bought a house, got a mortgage, settled down, raised a family.  Somewhere along the line these things, some of which are possessions, staked out a claim on my life.  It makes me think of the colleague who once said to me I think I would be a better minister if the church didn’t provide me with a pension. Without the job security afforded him by the church, he wondered if he would take more risks for the sake of the gospel.  He wondered if he might be more willing to help his congregation let go of the past and embrace the future with hope.

What’s true in our individual lives is true in our corporate lives.  We lock down, bury our heads, dig in or simply settle in.  We become overly attached to all manner of things until our attachments have a hold on us more than we have a hold on them. And that can prevent us and others from experiencing the realm of heaven here on earth, the life that God intends for all of us.

I recently finished reading Amor Towles latest novel “The Lincoln Highway.” Set in 1954, the book chronicles 10 days in the lives of a variety of people all of whom in one way or another are on a journey.  At one point, a young woman name Sally packs her bag and takes leave of the small town where she has taken care of her father since her mother died when she was a child. The following excerpt from the book is her reflection on the mystery of our will to move:

“The journey from Morgan to New York took 20 hours spread over the course of a day and a half. To some that may seem like an onerous bit of driving but I don’t believe that I’d had twenty hours of uninterrupted time to think in my entire life.  And what I found myself thinking on, naturally enough I supposed, was the mystery of our will to move.  Every bit of evidence would suggest that the will to be moving is as old of mankind. Take the people in the Old Testament, they were always on the move. First, it’s Adam and Eve moving out of Eden, then it’s Cain condemned to be a restless wanderer, Noah drifting on the waters of the flood and Moses leading the Israelites out of Egypt toward the promised land.  Some of these figures were out of the Lord’s favour and some of them were in it but all of them were on the move. And as far as the New Testament goes, our Lord Jesus Christ was what they call a peripatetic, someone who is always going from place to place whether on foot, on the back of a donkey or on the wings of angels.

So if the will to move is as old of mankind and every child can tell you so, what happens to a man like my father.  What switch is flicked in the hallway of his mind that takes the God given will for motion and transforms it into the will for staying put?  It isn’t due to a loss of vigour, for the transformation doesn’t come when men like my father are growing old and infirm.  It comes when they are hale, hearty at the peak of their vitality.  If you ask them what brought about the change, they will cloak it in the language of virtue. They will tell you that the American Dream is to settle down, raise a family and make an honest living. They’ll speak with pride of their ties to the community through the church and the Rotary and the Chamber of Commerce and all other manner of stay puttery.  But maybe, I was thinking as I was driving over the Hudson river, just maybe the will to stay put stems not from a man’s virtues but from his vices.  After all, aren’t gluttony, sloth and greed all about staying put?  Don’t they amount to sitting deep in a chair where you can eat more, idle more and want more?  In a way, pride and envy are about staying put too. For just as pride is founded on what you’ve built up around you, envy is founded on what your neighbour has built across the street. A man’s home may be his castle, but the moat, it seems to me, is just as good at keeping people in as it is at keeping people out. I do believe that the good Lord has a mission for each and every one of us, a mission that is forgiving of our weaknesses, tailored to our strengths and designed with only us in mind but maybe he doesn’t come knocking on our door and present it to us all frosted like a cake.  Maybe just maybe what he requires of us, what he expects of us what he hopes for us is that like his only begotten son we will go out into the world and find it for ourselves.”*

My own thinking about our individual mission in the world, is that it’s not a once and for all thing.  The call to follow Jesus, to embrace God’s mission mission to heal and save the world, to share good news comes to us again and again over the course of our lifetimes, tailor made to our ages and stages in life.

So as you consider your own life, I wonder if there are places where you like Mr. Fox or Sally’s father or a good portion of humanity have become stuck, entrenched, resistant to change, overly comfortable or too secure? I wonder if there are priorities in your life that need to shift. I wonder what life might be waiting for you or for others in our world, if you and I were able to let go, take a risk and move on?

In our reading this morning, there is definitely a good measure of admonishment. When his disciples want to command fire to consume the people of Samaria who do not want to receive them Jesus rebukes them and indicates that the use of violence is unacceptable for those engaged in his mission.  And then he rebukes those who think that following him will allow them to keep their material possessions and he chastises those who want to take care of what seems like reasonable business before they take off with him on the road, burying the dead or saying goodbye to family.  All of this might sound harsh to our ears unless we listen for the deeper meaning of this passage which is really about asking us where our greatest priority lies. For those who are called to follow Jesus and to be about God’s life-giving mission in the world, the priority is always love that will never find it’s rest until everyone is fed and everyone is free.

Even the Fantastic Mr. Fox seems to figure that out at the end of Roald Dahl’s story. Despite his own entrenchment when he eventually liberates the overstocked storehouses of Boggis, Bunce and Bean he uses his loot not just for his own survival but for the feeding and feasting of an entire community of animals who make their home in a hole in the ground.