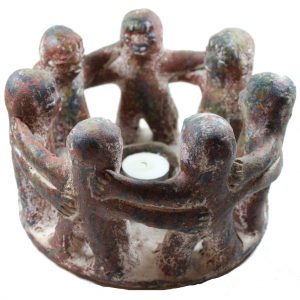 WE LIVE, WE LOVE: What Is Your Name?

We’ve all heard the saying “sticks and stones can break my bones but names can never hurt me.” If you’ve ever been called stupid or slow, or looked in the mirror and called yourself fat, ugly, old; or if you’ve ever called yourself or been called any number of derogatory names referring to your gender, race, sexual orientation, mental or physical ability, you know just how hurtful names can be. Beyond the momentary sting caused when these words are first heard, we sometimes end up carrying them around with us for years and years on end. The names that exaggerate our inadequacies, herald our failures, expose our weaknesses or pay tribute to the poor decisions we’ve made in life, or are simply racist or homophobic, can form deeply seeded identities within us causing significant harm to our wellbeing. They can rupture our relationship with others, with ourselves and with God.

In the Hebrew Bible, names are rarely simply names. They are descriptors of a person’s character. This morning we hear the story of how Jacob, whose name literally means heel, was given his new name, Israel meaning one who has wrestled with God and with humans and has prevailed.

Some of you will be familiar with the story of Jacob. Jacob was the youngest twin born to Rebecca and Isaac. He was his mother’s favourite while his twin brother Esau was his father’s favourite. When the twin’s father Isaac became elderly and blind, Jacob, with the help of his mother Rebecca, concocted a scheme to fool Isaac into giving Jacob his twin brother Esau’s birthright which was a double portion of his father’s inheritance.
When Esau finds out he had been tricked he immediately plans his revenge. Jacob, in fear of his life, flees to his mother’s brother’s house to escape the wrath of Esau. There, for 15 years he goes head to head with his equally devious Uncle Laban. They double cross each other and fight over everything from livestock to wives. Until, once again, Jacob having fouled up yet another relationship, decides to skip town again, and that’s where we find him in this morning’s reading.

Having heard God tell him to go back home, Jacob is now heading to the place where his story began, with him he is bringing his family, servants and all the wealth he can carry. There he is, out on the road when suddenly a messenger arrives to say his brother Esau has heard of his impending arrival and is coming out to meet him. With him, is an army of 400 men. Jacob is terrified.

Thinking quickly, Jacob sends ahead of him gifts to appease his brother and secure his favor. Then he divides his camp in two so that if his worst fears are realized, he won’t lose everything. Once his wives and children are as safe as they can be on the other side of a stream, he stays back to spend the night and contemplate his fate. That is where he has the strange and mysterious encounter we heard described for us in today’s reading.

Anyone who has experienced what we call a “dark night of the soul” will recognize the archetypical nature of this story. There in the nighttime of his fear, Jacob ponders all the ways he has screwed up in his life, all the people he’s betrayed and as he contemplates what he is sure is his impending death, he cries out to the God he has never really had much to do with before now. Jacob comes face to face with what seems to be a demon but turns out to be the face of God.

It’s one those moments many of us can relate to when our past suddenly catches up to us and the chickens come home to roost. Those moments when we are confronted with our shortcomings and inadequacies while at the same time holding onto our denial of them for dear life because if we let go and let the truth be known, heaven only knows what will become of us.
Those moments when we know we need help beyond ourselves but we wonder if we really deserve it or if it’s too late for our redemption or any possibility of a new beginning.
All night long Jacob wrestles with his demons and his desires, with what the Bible tells us is God but what seems more like his deepest, darkest shadows until finally, just as dawn is breaking, wounded from the struggle, he asks his opponent for a blessing. In reply, the human-like God figure asks Jacob a question, tell me “what is your name?” Jacob replies “my name is Jacob.”
In every spiritual journey, there always comes a time when we have to look ourselves in the mirror and own up to what we see. What’s really being called for in this encounter between Jacob and his God is a confession. What is the name by which you have lived your life?

Jacob has certainly spent his life up to this point living up to the name given to him at birth. The word Jacob means “the heel” in Hebrew. That’s the name that was given to him because he was born grasping the heel of his twin brother. For most of his life, Jacob has been a liar and a cheat. Finally, after wrestling all night with God, he is ready to own up to that.
I don’t know how closely you can relate to Jacob, but I know I can, at least to a certain degree. I’ve never thought of myself as a “heel” but I have certainly done things in my life about which I am not proud. I have, from time to time, identified myself with those aspects of myself I find least flattering. I’ve thought that I was better than others. I’ve thought that I deserved more than others. I’ve coveted what belongs to others. I have certainly allowed negative names to shape and form my image of myself.

So it’s important to notice what happens when Jacob confesses his self-identity that night beside the river Jabbok. When God holds a mirror in front of him and asks “tell me what you see.” God doesn’t respond by saying “that’s right, you’re a scoundrel and you’re always going to be one.” When Jacob owns up to his name, God responds by saying “yes, that’s right, that’s who you’ve always known yourself to be, but from this moment on, I’m going to give you a new name by which to live. From this day on you will be called Israel” meaning one who has wrestled with God and with humans and prevailed.

Here, after all the struggling in the night time of Jacob’s despair, is the God of grace, the God of second chances, the God of love.

One of my favourite movies of all time is Dead Man Walking. It’s based on the true story of Sister Helen Prejean who has spent her adult life fighting the death penalty in the states and accompanying people on death row. In the movie, she accompanies a man named Matthew Poncelet who has been convicted of raping and then murdering a teenaged girl and her boyfriend. As he prepares for his execution, Sr. Helen tries and gets him to come clean but he is unrepentant. She tells him there’s no such thing as cheap grace in life, we all have to participate in our redemption. We all have to face up to the names by which we have lived our lives. We all have to wrestle our God-demons to the ground.

Right before he is put to death, Matthew Poncelet does confess his crimes to Sr. Helen. In response, she calls him what he has always been but never known himself to be, a Son of God. Then as he is strapped onto the gurney where he is to receive the lethal injection that would take his life she asks him to look her in the eyes, so the last face he would see on earth would be the face of love.

The morning after Jacob was given his new name Israel, God-wrestler, he went back across the river to collect his wives and slaves in preparation for his reunion with his brother Esau. Although he may have looked the same on the outside with the exception of the limp he received in his battle with the God-man the night before, inside he was a different person. When he finally meets up with his brother Esau, instead of greeting him with spite and revenge, Esau throws his arms around his long-lost brother and welcomes him with love and grace. Jacob responds by saying “to see your face is to see the face of God.” Esau was to Jacob what Sr. Helen was to Matthew Poncelet.

I wonder who in your life has been the face of love for you? Who has stood with you through your darkest night and helped you to claim your name as one of God’s beloved children? Who has loved you enough to hold a mirror up and show both what is right about your life and what needs to change? Who would name you as the face of love for them?
If we are to live in right relationship with God and with one another, we need to face up to the truth about the names that have caused us and others harm. We need to become for one another the face of all that we name as love.